DISCLAIMER (1): All writings were done at the time of the event/research. The view offered does not limit the writer from possibly taking other perspectives in the future.

DISCLAIMER (2): ALL STOCK ADVICE WAS OFFERED WITH THE MOST RECENT INFORMATION AT THE TIME OF THE WRITING. BE WARE THAT THE MARKET CONDITIONS DISCUSSED COULD POSSIBLY NO LONGER HOLD.

Summary: Moat, the competitive advantage a company has against its competitors, is crucial to its long term success. Snapchat does not have a strong moat and it is currently under attack. On the other hand, by copying Snapchat, Facebook has put itself in a win-win situation .

One of the most important things in investment is the identification of “moat”. It is often discussed by value investors like Buffett, Ackman, and others. What exactly do they mean by “moat” and why is this concept important? We will look at this through the case of Snapchat.

A moat is, in its literal meaning, the river that surrounds a castle which serves a protection to the castle. In cases of an invasion, a wider moat will make the defense easier and the attack more difficult. Over the course of long run, it is statistically more likely that a castle with a wider moat out-survives another with narrower moat. In investment, a moat is the competitive advantage that a company has against its competitors. It is how hard for its competitors to take away business from the said company. Buffett gives a famous analogy: he says if he gives you one billion dollars with the sole purpose to destroy the company, how much destruction can you do to the business? I might add here that the destruction must stay within the realm of legality, as one billion dollars could be used to do a lot of illegal damages to any business. 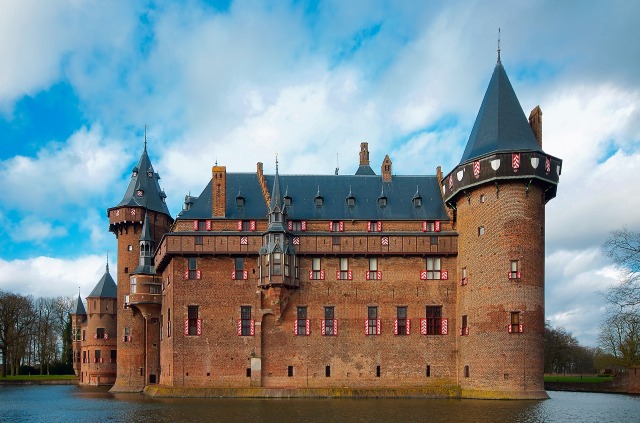 Now think about this: how hard is it to destroy McDonalds? What will be the best way to destroy McDonalds? You could open another fast food chain store right besides every McDonalds. Well, that wouldn’t work because that has been tried and it did not work. You could finance for numerous law suits and scientific studies to link McDonald’s food to heart diseases or obesity. You could also finance lobbyists to put regulations on McDonald’s. It probably would not work because again, it has been tried and I still see McDonald’s and their shitty burgers everywhere. Now think about this: how much can you out-compete an apartment complex with one billion? You could buy the adjacent building, renovate it, and rent it at a cheaper rate. Kaboom, the first apartment complex is out of business. Therefore, it is logical that you want to invest in a company with a wide moat. In the inevitable case of a competition, the invader will either be deterred by the moat and retreat, or be slaughtered during the attack.

It is safe to say that the overwhelming majority in the North American society is familiar with Snapchat. It is a social media app that allows users to share photos or short videos that capture bits of their days with their friends and followers. The content stays available for 24 hours, or in some cases, disappear right after it is played. The user group is over represented by Millennials. Over 85% are between the age 13 and 34 years. These people are the generation that grew up on technology. Social media has always been a part of their lives. They don’t just take technology for granted; they take change in technology for granted. They have developed the expectation for something better, something newer, and something cooler. Vine, a concept that failed to grasp the degree of the Millennials’ expectation for constant improvement of technology, no longer exists. When a cool idea comes around, Millennials will come in flocks to check it out; but if the company does not keep their appetites satisfied with newer and cooler ideas, they will leave for something that is cooler. In other words, they present little to negative brand loyalty when it comes to technology and it is up to the company to impress them. And, do not be fooled: they are hard to impress.

From a societal and consumer point of view, this is a very positive thing. It requires the company to keep innovating and coming up with new ideas. It also fuels technology because new comers know that it is possible to attract users, for those users are constantly on the lookout for something new and cool; and that a large company is not guaranteed to have users in any way. However, from the business perspective, it very obviously asks more from the company. The company is put at a higher degree of risk because unlike the 60s, when a great deal of people would smoke Lucky Strikes even if Lucky Strike does not come up with newer version of cigarettes, a technology and social media company today cannot afford to take their users’ loyalty for granted. Therefore: the company needs to develop a strong moat. 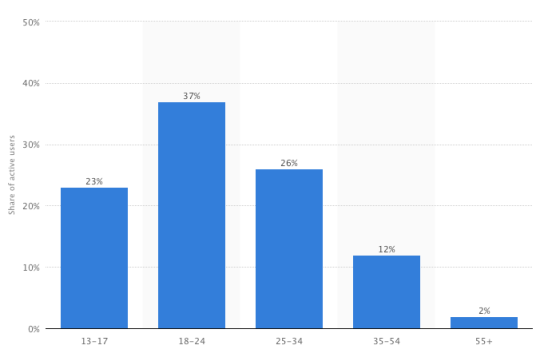 Snapchat has been on the winning end of this game … until Facebook.

The company offered something new and quickly captured Millennials’ fast-shifting attention. In the short 5 years, the app has gained over 156 million daily active users! However, Facebook recently changed up the layouts on multiple services, such as Messenger, Facebook, and Instagram, adding copycat features that attack the moat of Snapchat. The main purpose of Snapchat is to conveniently share experience in a temporary way. Now, the users can do the exact same thing with Facebook and its affiliated services. This is not to mention that Facebook has other features, such as posting, news, as well as messaging.

The mere fact that Facebook allows its users to do the same thing as they can on Snapchat is NOT the most threatening thing to Snapchat. What truly should disturb Snapchat is that fact that Facebook is out here to attack. Facebook has more users, a more complete existing line-up of services, more monetization experience, and more money. Snapchat has one service that they don’t know how to make money off, and now caught themselves dealing with a group of consumers who have no patience and no problem of moving on.

On the other hand, Facebook puts itself in a win-win situation by copying Snapchat. As things stand now, there is no definitive legal ruling on whether it is okay for Facebook to blatantly copy Snapchat. Nonetheless, it is as sure as the Sun that Snapchat is going to ask for some justice from the court. If Facebook wins the case, it will be allowed to continue using Snapchat’s idea as its own. Obviously, that will be a happy result for Zuckerberg and his people. However, even if it loses the case, it will still be a worthy experience for Facebook and may actually be the better result in the long run. This is because despite being the enemy of Snapchat today, Facebook is essentially in the same boat as Snapchat. It has services of its own that it does not wish other companies to copy off; more importantly, it, too, is dealing with the cooler-things-seeking Millennials. If the lawmakers definitively conclude that it is not okay to copy another company’s service in social media, it is a huge win for Facebook. It will permanently protect its existing services and strengthen its own moat in this industry.

Imagine you are facing a bigger and more prepared army, and you know that your fellow soldiers have no loyalty to this castle, in fact they fled here from the last losing castle. The castle has no moat and defense system. But it, like, looks really cool…

← Brexit? Far From the Most Important Issue.
Why Is the Market Falling and What to Invest in a Falling Market? →